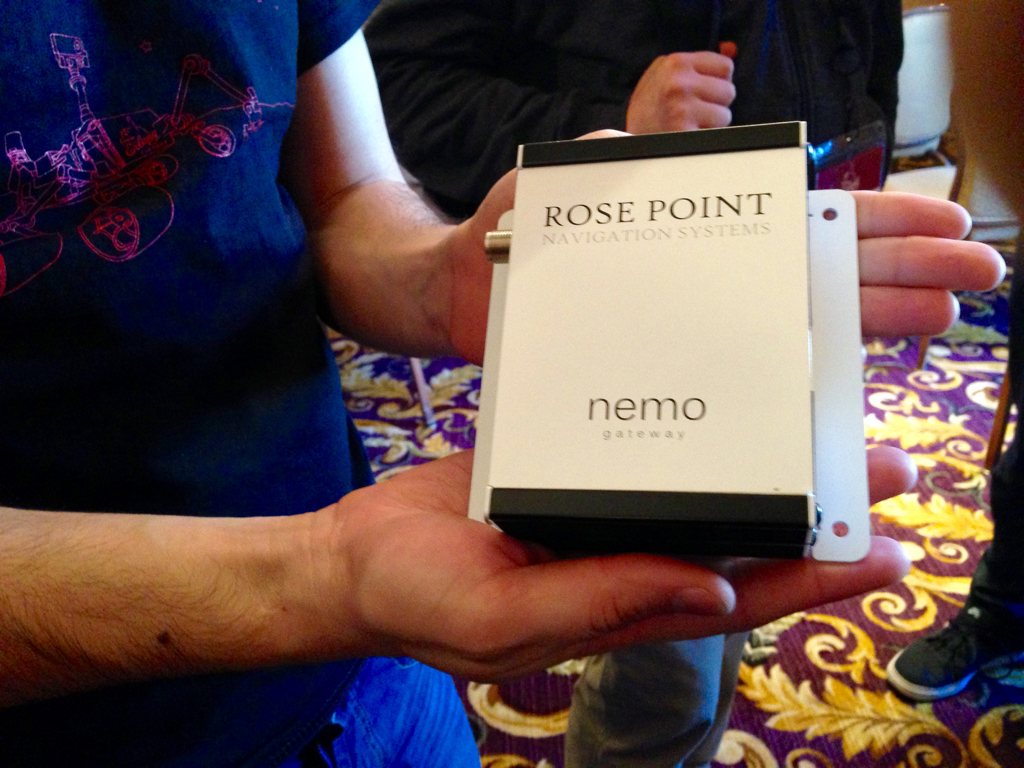 Elixir running in an embedded device

A few weeks ago we had the opportunity to interview Garth Hitchens about his experience with shipping Elixir software.

Watch the video below or read the interview to get to know his experiences with Elixir.

José Valim: I’m here with Garth at Erlang Factory. Garth, can you tell us a little bit about what do you do?

Garth Hitchens: I manage a development team at a company called Rose Point Navigation Systems and we build navigation systems for both recreational and commercial marine markets, and we are also building embedded devices. We’ve been using Elixir for our embedded device’s projects and absolutely loving it.

Garth Hitchens: We are shipping devices that actually run Elixir code. I have one of them here. This is an interface device that basically converts ethernet to other protocols that are common on boats (…). This runs Elixir, it boots in a few seconds and we’ve been absolutely in love with the platform, it’s been great for us.

José Valim: Awesome! It’s very exciting to see Elixir in there and the Erlang virtual machine and everything else, that’s really cool! And, what is the thing that you are most excited about Elixir?

Garth Hitchens: I think the language is particularly elegant, I get to give you credit there. I came to Elixir from a long history of programming languages including C, C++, Ruby, Python, Lisp, so I love the work macros and homoiconicity that you have done. And I like the way that it gives me powerful abstractions to rapidly develop things. Plus, the Erlang VM has been rock solid. We’re using Frank Hunleth’s Nerves package to embed Erlang and Elixir on these products and it works really well, and I highly recommend to anybody.

José Valim: Awesome. Yeah, I was just at Frank’s talk, it was an exciting talk. And I’m planning to get some SumoBots and start to play with them.

Subscriber to our blog to receive the next “Elixir in production” interviews.

Companies using Elixir in production Adding MySQL support to Ecto
This is the company blog of Plataformatec, a software development and consultancy company, specialized in Elixir, Ruby and Agile.