Rails 3 was released this week but the minds of the Rails Core team members are already focused on the 3.1 release for quite some time. DHH was the first one to give a hint on what we would like to see in Rails 3.1 in his RailsConf talk and, as Ruby Summer of Code is close to its end, we are able to see the work of several students getting solid enough to be an important part of Rails 3.1 release.

In between all this work, I was invited to participate in three important conferences in the following months and lately I’ve prepared enough material to give a talk entitled “Rails 2.3, 3.0 and 3.1: Past, Present and Future“!

In this talk I plan to discuss many of the conceptual changes done in Rails 3 and how these changes were given life in the Rails source code, comparing, as much as possible, with Rails 2.3. After the current and past scenarios are throughly discussed, I will show how much of the work done in Rails 3 can still be improved and how several Ruby Summer of Code Projects are helping us to achieve it. And if you ever wondered how much Merb affected the Rails community, you will have a few surprises while watching this talk!

The three different conferences I mentioned above will be held in Ukraine, Brasil and Sweden. But I’m not sure if there will be anyone recording them, so I’d suggest you not to miss any of them. 😉

If you have never been to Kyiv before (just like me), here’s a great opportunity to visit it for the first time! It will be two days of deep immersion into Ruby with nice city visits during the night! 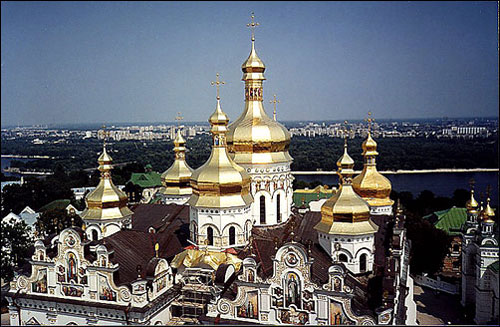 Other active developers in the community as Oleg Andreev and Piotr Sarnacki will be present as well. By the way, RubyConf Ukraine is still accepting both sponsors and talk proposals! We are waiting for you!

Right after RubyConf Ukraine, I’ll be flying back to Brasil to present a portuguese version of this talk. RubyConf Brasil is the former “Rails Summit Latin America” (which has been the largest Ruby and Rails conference in Latin America for the last two years). And this year it won’t be different. Several Ruby and Rails developers (like Yehuda Katz, Charles Nutter, Evan Phoenix and many others) have confirmed their presence. If  you get the chance, don’t miss it!

And finally, my last stop will be in Sweden at the developer conference held in Malmö. This will be different from the previous two, since it is not focused in Ruby nor Rails. It’s a multitrack conference that hosts different technologies (by the way, the keynotes and tutorials programme is very interesting!). Since I’m expecting several non-Rails developers in the audience, I will slightly change my talk to focus more on the conceptual side and less on technical discussions. Also, I’ll be hosting a a workshop about Rails 3, where I’ll demonstrate a few of @plataformatec’s open source projects.

If you are coming to any of these events, please let me know in the comments!

Tags: conference, events, rails 3.1, rubyconf, Posted in English, Comments Off on Rails 3.1 talks are on the way!

De ‘Rails 3’ a ‘Project Rescue’: 5 palestras sobre Rails que valem a pena dar uma checada! Sanitize to the rescue!
This is the company blog of Plataformatec, a software development and consultancy company, specialized in Elixir, Ruby and Agile.