Let’s say you have a Kanban board like the following: 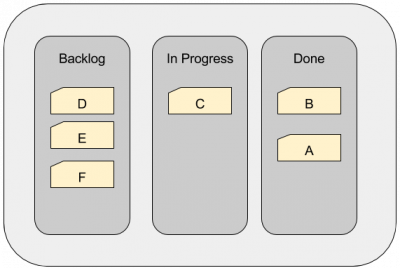 Then, suddenly, the P.O. discovers that the features D and E were developed by a competitor and that you are losing users because of that. Therefore, the P.O. decides to deprioritize story C. This is only an example of why a card might be deprioritized in the middle of its development. But now that it was deprioritized, what happens to story C?

Well, to answer that, let me make a parallel with an alcohol-based perfume company. 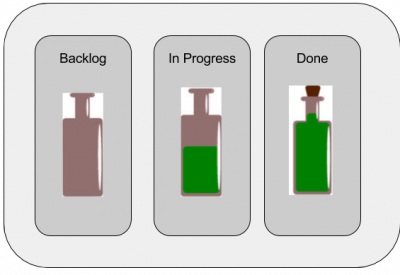 So what happens if another perfume suddenly receives a priority greater than the priority of the bottle being filled? Well, as we all know, alcohol-based fluids are volatile and, with time, they will completely evaporate, requiring them to be refilled. 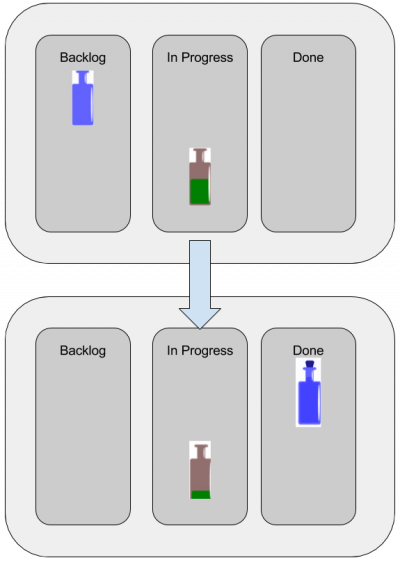 The same happens with the story and its code. With time, the code that is inside the story gets obsolete and unnecessary, losing its value. What to do with the story depends on the following rationales:

For this to be true, the following needs to happen (visualized in the chart below): 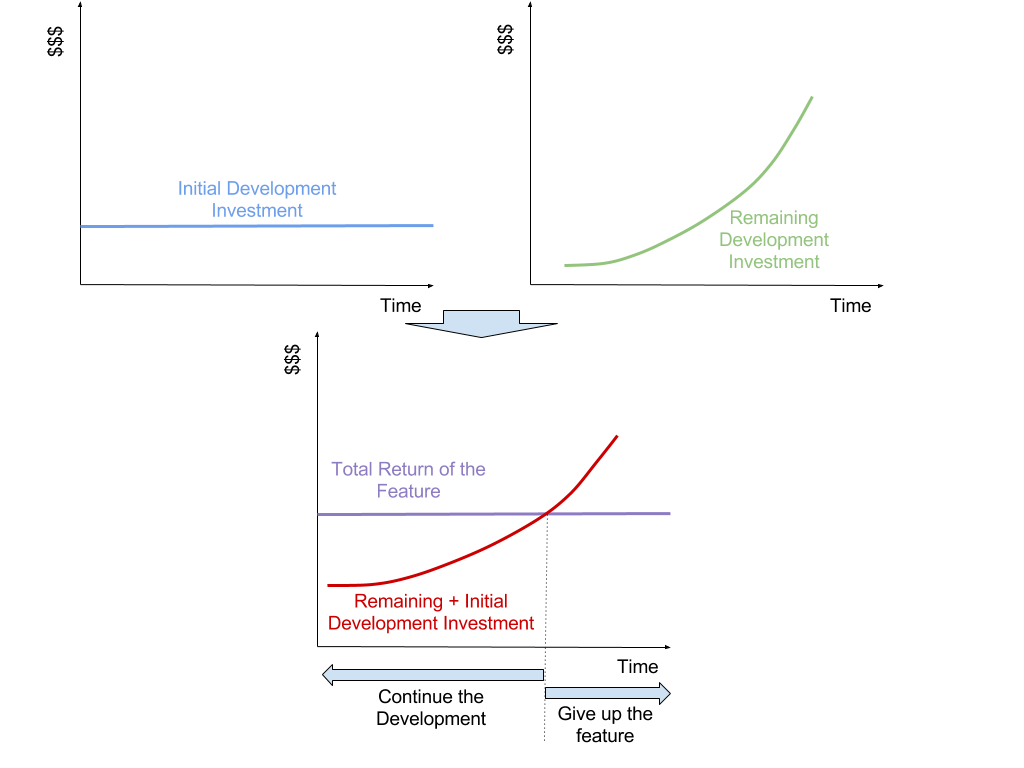 Therefore, based on those, you can possibly do four things:

It is also important to notice that this should NOT be a common thing in your process. If it is happening too often, you may need to work on your prioritizations!

What are your thoughts on the topic? Leave your comments below 🙂